The City of Swift Current’s Streets and Roadways Department, under the Infrastructure & Operations Division, operates the Snow and Ice Management Program. They are responsible for effectively maintaining the City’s roadways, lanes, sidewalks, active transportation routes, and pathways, as weather conditions permit. There are over 150 km of streets, and 40 km of pathway/sidewalk that require snow removal. 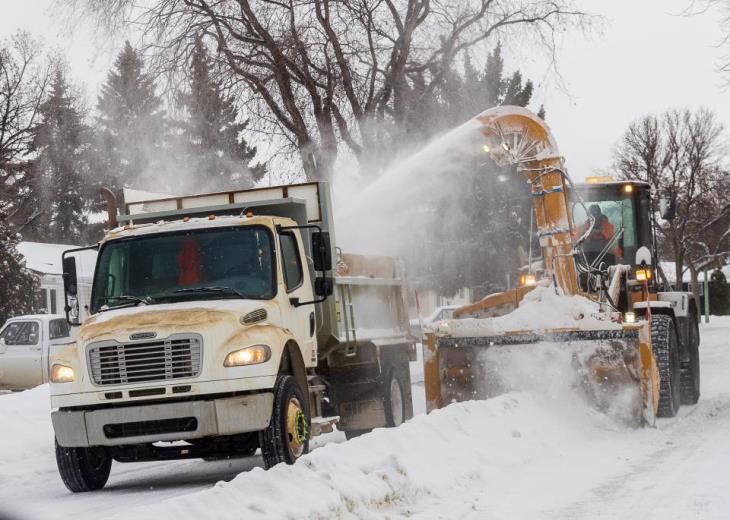 Factors that determine the City's snow clearing priorities are:

Due to the extremes of Western Canadian winters, hazardous road conditions may periodically exist despite the City’s best efforts. The safety of streets and roadways crews operating equipment in blizzard conditions is a factor that is carefully considered before deployment.

To respond effectively after a snow event, enacting a Priorities Model for snow removal is a standard practice among municipalities. See MAP HERE to see the entire priority street map at-a-glance.

Problem Areas – those identified will be monitored during moderate (5 to 10 cm) to major (greater than 10 cm) snow events to ensure blockages are cleared to a drivable surface. Wind plays a large factor in blockages, which requires increased monitoring and response.

Snow operations typically begin after the snow event has ended, with the exception to an extreme storm event – operations may commence during a storm to ensure the highest priority routes are passable.

When snow plowing, a snow ridge is deposited along the street called a “windrow”. The City removes windrows in a timely manner, typically within 48 hours. There may be occasions when removing the windrows must be a lower priority due to fresh snow. Driving lanes will be open and efforts are made to ensure parking lanes are not blocked.

In the case of continuous snow events, operations are repeated in order of priority. This means that crews may need to leave a lower priority street to return to a higher priority street to start over. Responsiveness to conditions is a key responsibility and requires adaptability of resources.

The application of road sand improves traction and is applied as conditions warrant, according to the priority sequence, with special attention given to intersections, hills, curves, and bridge decks. 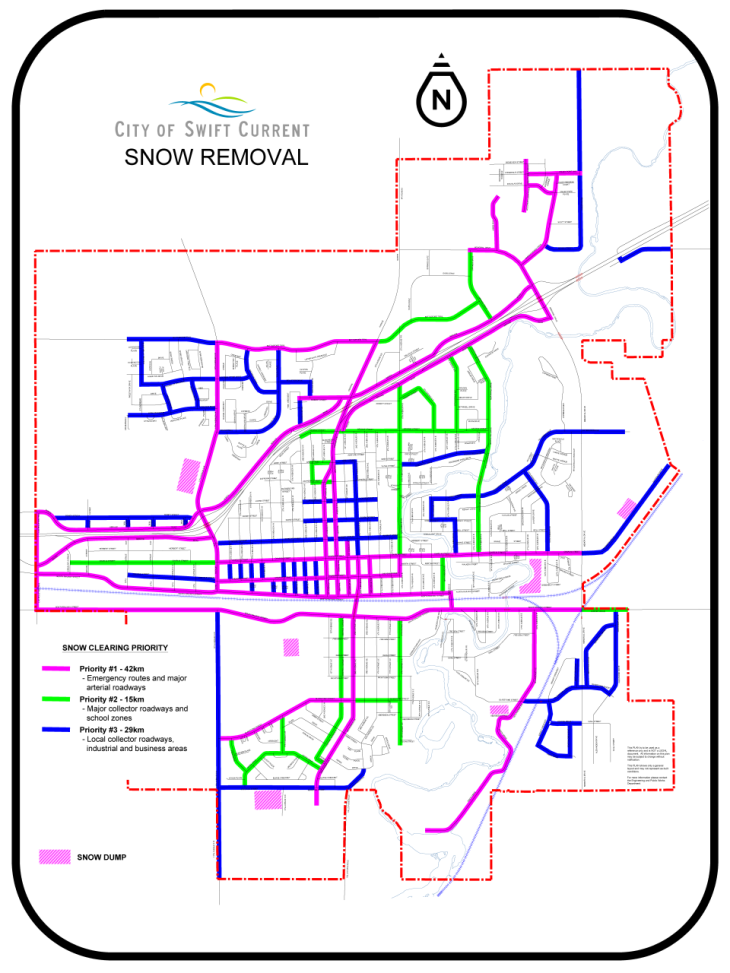 Residential roadways are maintained as a snow compacted drivable surface. A thin layer of compacted snow on the street surface is acceptable.

Full snow zone operations are lowest in priority. However, when favourable conditions, time and equipment become available, zones will be scheduled for full snow removal sometimes referred to as “snow clean up”.  When Snow Zone Clean Up is occurring, notices will be posted on the City’s social media channels, to alert those in the targeted zone to park off street if able, to facilitate the work. SEE MAP HERE to view the snow zones.


With exception to the Downtown Business District and certain designated problem areas, lane clearing is maintained to a compacted snow surface, as identified by monitoring their condition. During extended periods of mild weather, it may be necessary to undertake additional plowing to reduce rutting. 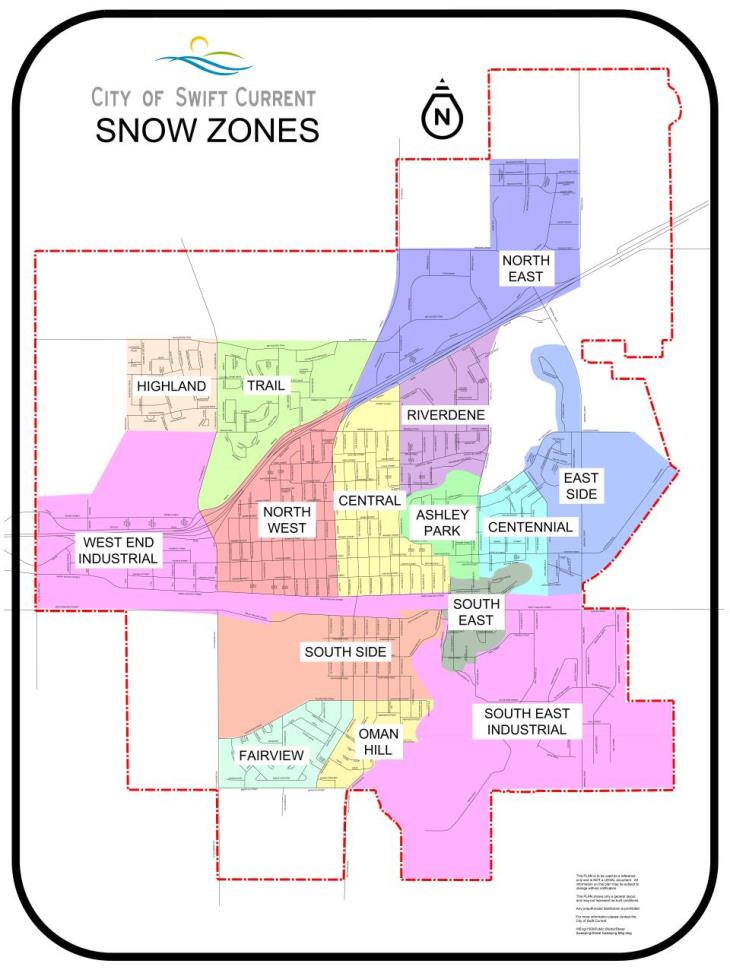 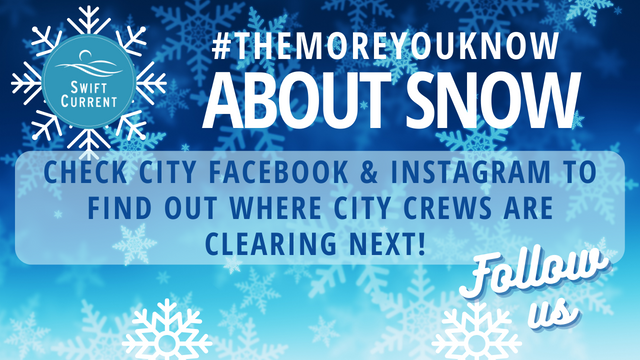 Contact: eng@swiftcurrent.ca or 306-778-1625 for the 24 HR Snow Line. These messages will be addressed based on priority.