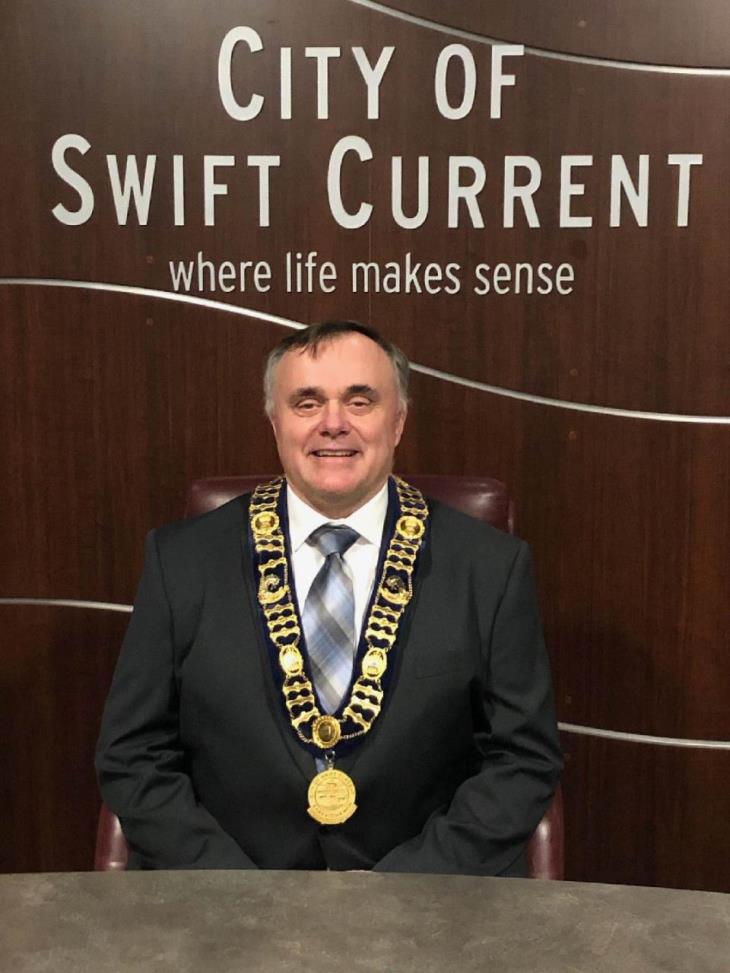 His Worship, Mayor Al Bridal, was born in Maple Creek, Saskatchewan before living in Moose Jaw prior to his teenaged years. Al completed high school in Toronto, Ontario, after which he moved back to Saskatchewan, where he worked in construction for several years, followed by two years with the Canadian Military, training as a pilot at CFB Moose Jaw.

Mayor Bridal then worked for SaskPower for five years where he became a Journeyman Lineman before starting his own construction company, Bridal Builders, here in Swift Current – a business he has successfully operated for 35 years.

Al has been an active member of Swift Current’s community since he moved here in 1980, having served:

Al has been married to his wife, Deb, for ten years. He has three children, three stepchildren, two granddaughters and eight grandsons.

Mayor Bridal is proud to have this opportunity to represent the citizens of Swift Current, and he looks forward to working alongside Swift Current City Council over the next three years in service to the community.

If you wish to contact Mayor Bridal, he can be reached: